General Brown hopes for continued success on the mat

Posted by: Admin in Local Sports 14 days ago Comments Off on General Brown hopes for continued success on the mat 2 Views 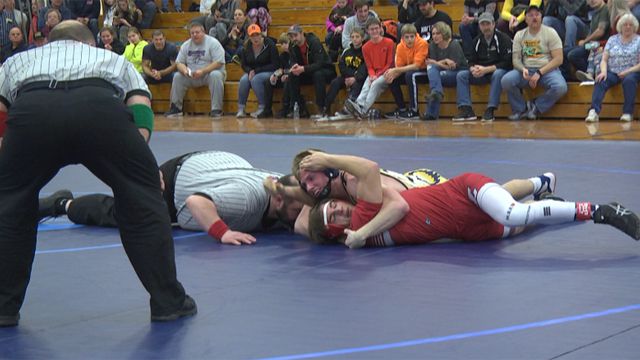 DEXTER, N.Y. (WWNY) – The General Brown wrestling team is having another good season despite not having a senior on the team.

Coach Mike Hartle was not surprised by his team’s success.

“I think it was something that we were preparing for — we don’t like to emphasize it too much — our goal is sectionals, but winning a class title is always a goal that we have in mind for ourselves,” he said, “something that we’re prepared for each year.”

“It’s another stepping-stone towards our goal — our goal is to be one of the top three teams at the overall sectionals,” he said. “This is just part of the process of making sure we’re taking the right steps in preparing, it’s another test, we’ll take it and learn from it and go on to next week.”

“Coming into the tournament you kind of think you can beat everyone,” Moody said. “I really didn’t …read more

Athlete of the Week: Makenna Boliver