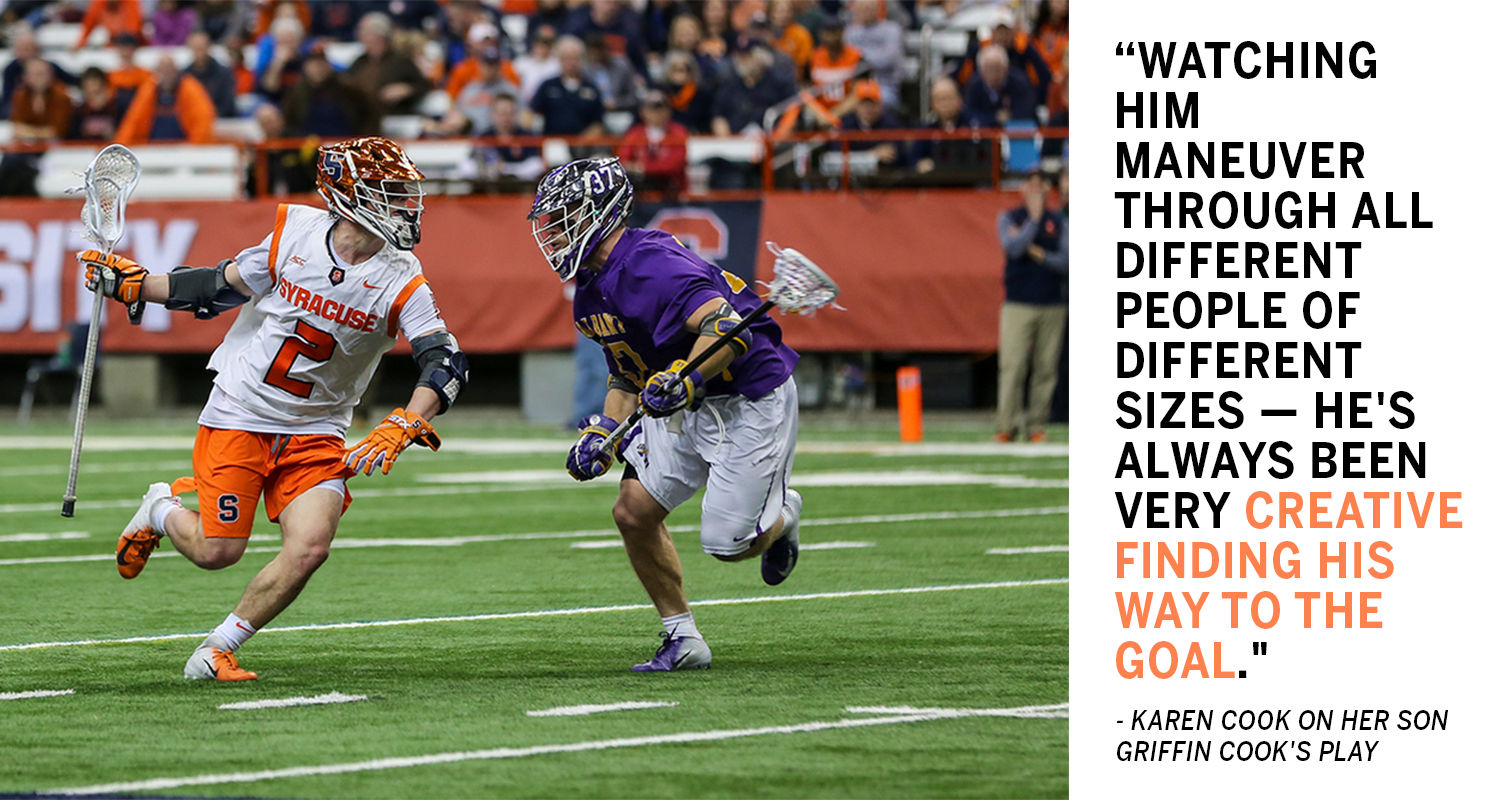 The ball bounced off a Colgate stick while Griffin Cook swung his one more time. As the final seconds ticked away in the third quarter of Syracuse’s season opener, Cook outraced goalie Sean Collins, scooped the ensuing ground ball, pivoted and fed Chase Scanlan on the left wing.

With the step of space Cook’s pass created, Scanlan swung a shot past Collins and extended Syracuse’s lead to six. One year ago, Cook was buried beneath Syracuse’s midfield depth as a 5-foot-7 freshman. The local Jamesville-DeWitt High School product was at his dream school, but not his natural position.

But now, as the third attack in Syracuse’s lineup, passes like that are Cook’s job. So are the ground balls, rides and goals. Positioned at the X, Cook’s a “quarterback” of No. 5 Syracuse’s (1-0) offense, former SU player and Cook’s youth lacrosse coach Gavin MacLachlan said.

“I was kind of a little bit out of position last year playing above the net,” Cook said, “so it’s good to finally get back behind.”

After rotating with the starters in preseason scrimmages, any of Cook’s uncertainty of his role erased when he trotted out for the season-opening draw against Colgate. A switch back to attack sparked a …read more