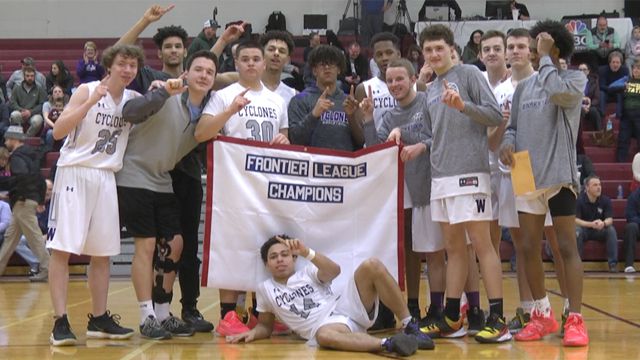 The first game of the night at JCC was the boys’ A Division championship as Watertown met Carthage.

Marlon Hinds-Ventour had a huge night for Watertown. He led all scorers with 26 points.

Watertown beat Carthage 61-47 to capture the A Division title.

“We just came down to who wanted to play hard tonight,” Watertown coach Jeff Britton said, “and the guys, to their credit, every guy that got out there, they busted their butt.”

“My mindset was to keep attacking the rim, shooting, and finding my open teammates,” Hinds-Ventour said.

In the late game, Beaver River took on Thousand Islands for the C Division championship.

Joey Melfi finished with 38 points on the night for the Vikings, but it wasn’t enough as the Beavers took the title by a score of 70-64.

Highlights from both championship games are in the video.