Revolution to hit gridiron even though league bows out

Posted by: Admin in Local Sports 18 days ago Comments Off on Revolution to hit gridiron even though league bows out 1 Views 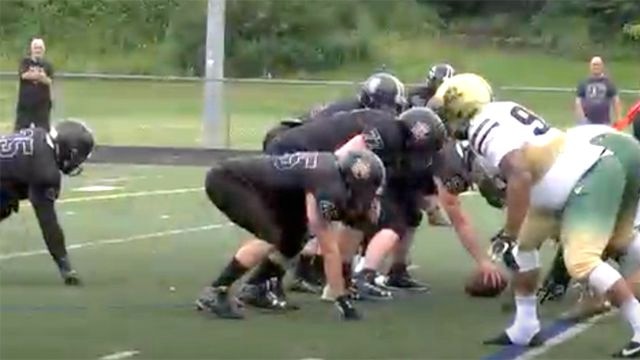 CARTHAGE, N.Y. (WWNY) – The Carthage Revolution’s league will not be playing this season, but the semipro team will still hit the gridiron.

The Northeastern Football Alliance held a meeting Wednesday night to discuss the upcoming 2020 season, which was originally set to kick off the end of May but was pushed back to July 11 due to COVID-19.

With a little over two weeks until the start of the season, league officials had to make a call on whether to stick to a July 11 opener, push the season back for a third time, or call off the 2020 campaign like the Empire Football League did May. “Well, the verdict is the NFA has decided to cancel the 2020 season, the Revolution will stand down with the NFA,” Revolution owner Leon Eldridge said. But a group of teams, including the Revolution, have decided to form their own league and try to play a 2020 season with the blessing of the NFA.

The new league will be called the NEAAF and hopes to play a season beginning August 29. “August 29th would be projected first game,” Eldridge said. “Like I said, there’s a lot of things in the works right now, a lot …read more

2020-06-25
+Admin
Previous: Sunny & not too humid
Next: Yelp: Highly-rated Black-owned restaurants in each state