Posted by: Admin in SU Sports 13 days ago Comments Off on Syracuse 3-point slump leads to offensive adjustments 1 Views 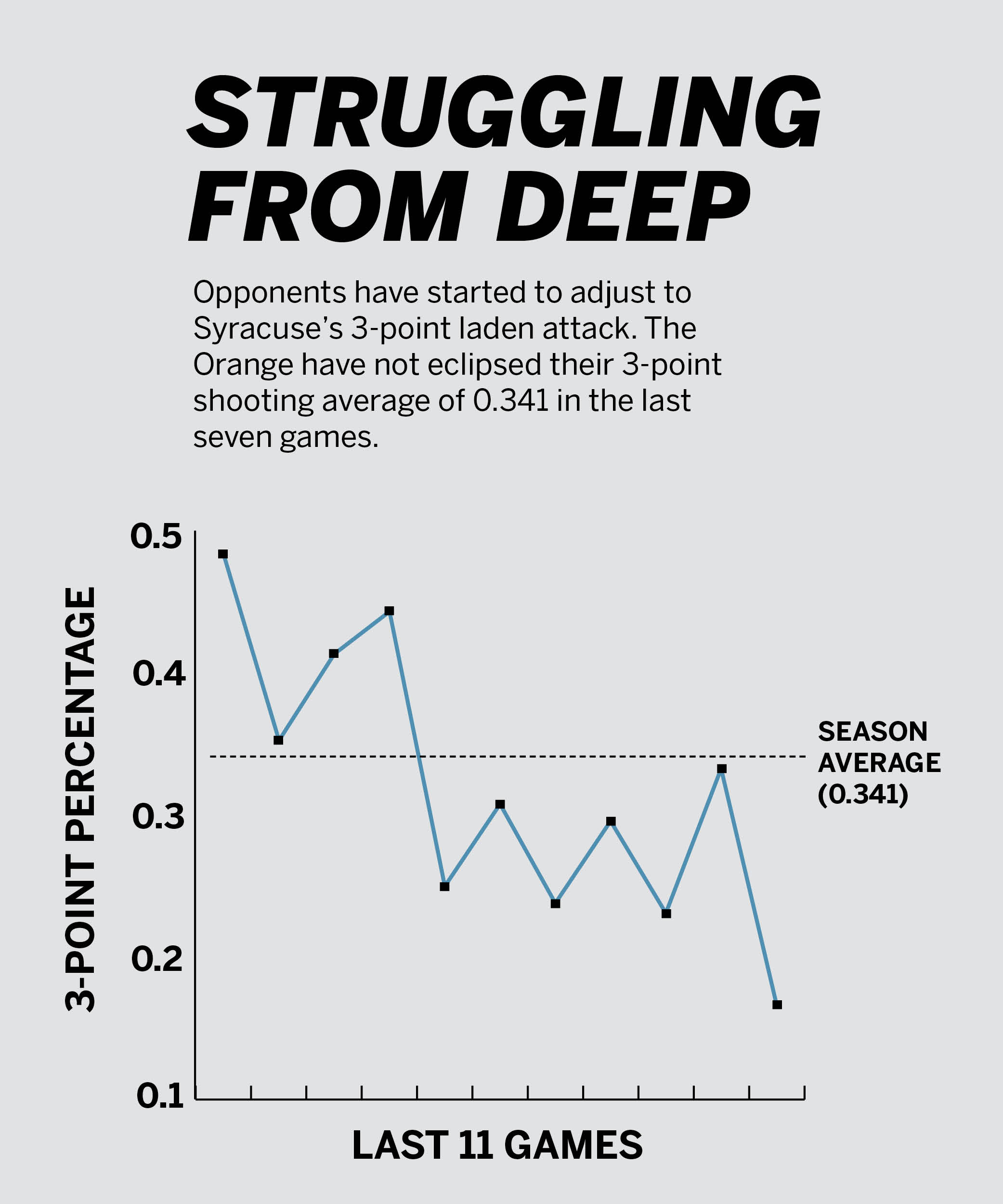 But, sitting in front of his locker postgame, Girard rued the misses. SU’s other shooters could relate. The Orange fell, 79-74, to NC State in the Carrier Dome, after a three-for-18 showing from 3. Each miss represented Syracuse’s current offensive limit.

“We fought hard,” Girard said, “but if I made even two more open 3s? That’s six points and we would’ve won.”

In SU’s last eight contests, it’s uncharacteristically converted 28.2% from 3. The drop-off didn’t correlate with a larger offensive issue. Three-point production has dipped steadily before cratering on Feb. 11 against the Wolfpack, and Syracuse’s (14-10, 7-6 Atlantic Coast) 16.7%-rate against NC State stuck out like a sore thumb.

Syracuse converts 32.2% of its 3s in conference play (seventh-best in …read more

2020-02-12
+Admin
Previous: Therapy program seeks outreach to improve mental health of refugees
Next: Opponent preview: What to know about Saturday’s matchup against Binghamton